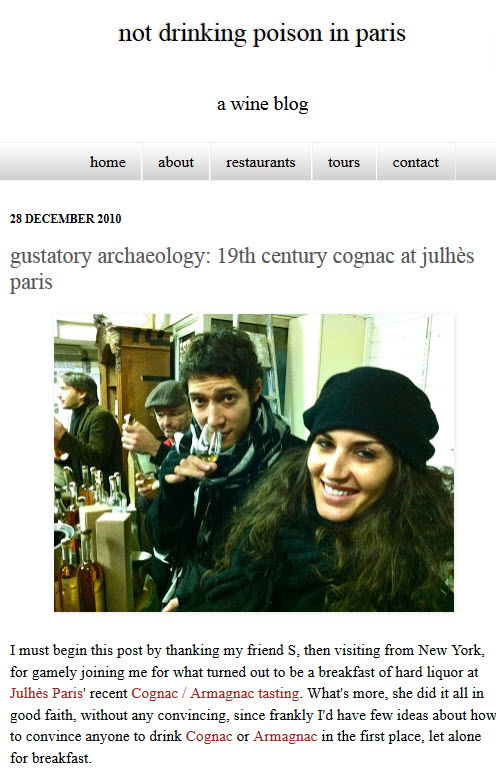 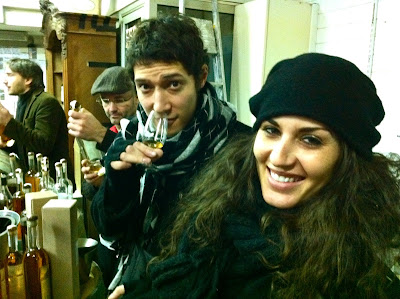 I must begin this post by thanking my friend S, then visiting from New York, for gamely joining me for what turned out to be a breakfast of hard liquor at Julhès Paris‘ recent Cognac / Armagnac tasting. What’s more, she did it all in good faith, without any convincing, since frankly I’d have few ideas about how to convince anyone to drink Cognac or Armagnac in the first place, let alone for breakfast.

It’s just an uphill battle. Good Armagnac is fascinating and delightful but prohibitively expensive, ditto good Cognac, which latter spirit presents the added difficulty of being encountered almost never, having been crowded out of the market by the bad versions. Neither industry has had any marketing epiphanies over the past century that might have created a more engaged everyday clientele for the spirits, with the result that both continue to radiate an unfortunate aura of decrepitude and / or decadence. You have slick unsophisticated commercial Cognacs swigged by rappers who ought to know better, and then you have an obscure sliver of an artisanal industry, including the Grosperrin Cognacs S and I tasted that day, usually enjoyed by the thimbleful at fine restaurants on anniversaries. Neither of these market segments are really enough to sustain the kind of abiding dialog around a subject that leads to greater public understanding of, and therefore mental investment in, said subject. (E.g. wine criticism.)

That business diatribe notwithstanding, S and I tasted some pretty sensational things that day, including a Cognac Grand Champagne distilled in 1820, bottled some hundred years later, just after WWI. (!)

It’s a measure of the challenges facing the Cognac / Armagnac industry that the above sentence needs a great deal of unpacking even to be comprehensible to the average drinker. 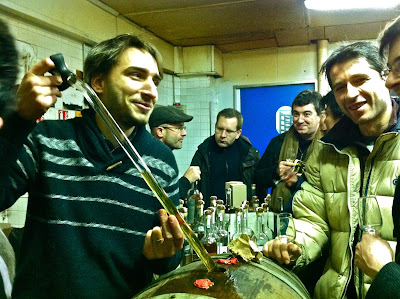 First, the key differences between Cognac and Armagnac, which I will summarize as quickly and glibly as possible, so as not to bore us all senseless.

The Cognac region straddles the Charente and Dordogne regions, just north of Bordeaux in central-West France. It follows that the Cognac terms Grand Champagne and Petit Champagne refer not to the massively famous sparkling wine region further north in France, but, rather confusingly, to two specific terroirs found in the Cognac region.

One of the reasons these regions turned to distillation is the general dearth of personality in their native grape varietals. Nevertheless there are key differences in the mostly faceless nobody grapes that go into the respective spirits. Cognac is made primarily from Ugni Blanc, with varying minor portions of Folle Blanche and Colombard. Armagnac is usually made from a blend of those three grapes less dominated by Ugni Blanc, with the addition, until this year (when it was insensibly outlawed), of the hybrid grape Baco.

Cognac is double-distilled, which process goes some way towards providing the polish and professional sheen we associate with the spirit. Armagnac is distilled only once, and at somewhat lower temperatures, yielding a more rustic, savory, personality-driven spirit.

The Cognac industry is frequently compared to Champagne, because both are dominated by a handful of large houses with a tradition of blending numerous parcels and vintages to produce a single range. The Armagnac industry is in comparison quite fragmented, with grower-distillers often producing single-vintage, single-parcel spirits themselves before selling them on to a négociant.

With both Cognac and Armagnac, one has to get used to considering two vintages, even if only one is prominently displayed on the bottle. There is the year of harvest, and there is the year of bottling. Because spirits effectively cease to age once they are put into glass, the time spent in wood, between distillation and bottling, is what actually indicates the maturity of the spirit. 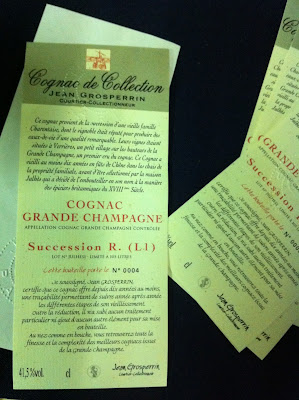 Cognac Grosperrin, whose cognacs S and I tasted that day, are part of the remaining 10% of independent Cognac négociants. Grosperrin are further distinguished by the fact that they do no blending, instead purchasing individual grower-distiller’s batches and maintaining them separately. In other words, they are a Cognac négociant who behave like an Armagnac négociant, in particular Darroze, a négociant company founded in 1974 who seem to have pioneered this kind of business model in the contemporary era.

Due to their laudable fastidiousness, Darroze labels can be confusing. They present the name of Darroze’s founder, Francis Darroze, where ordinarily an estate’s name would be, with the name of the actual estate of origin, its vintage, and the bottling date all following after. 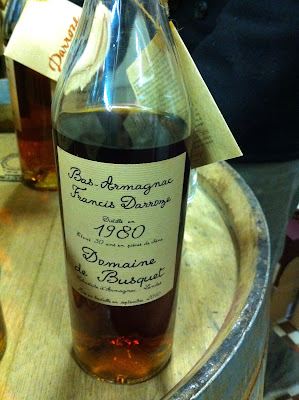 This particular 1980 Darroze Domaine du Busquet (bottled in 2010) was my favorite of the three open that day, but for reasons that were a bit perverse. For instance, it was significantly less conventionally pleasurable than a 1990 Darroze Domaine du Bertruc (bottled in 2010) we tasted, which had a perceptible butterscotch tone beneath the peppery burn. The Domaine du Busquet just seemed more fully-realized, evocative, and coherent in flavor, even if those flavors were all from the seaside-savory spectrum: salt, kelp, iodine, beachwood. It was like the Islay of Armagnac.


The most striking of the non-ancient Grosperrin bottles we tasted that day was a Cognac Petit Champagne from 1962 (bottled in – I think? – 2002). 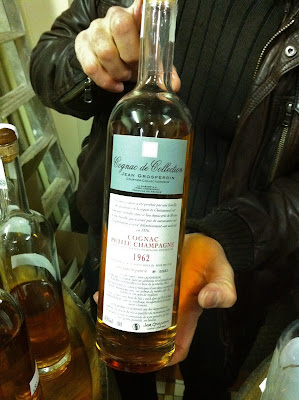 Something about it tasted prematurely advanced, even for a bottle with 40 years’ maturity on it, but the effect was quite salutory, lending a markedly oloroso-sherry-like character to the wine, and minimizing the usual alcoholic burn. 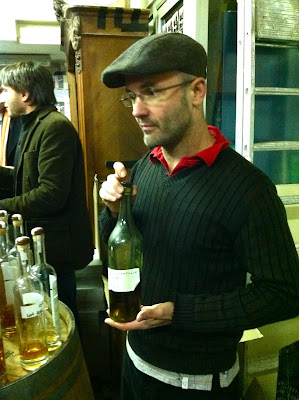 Then there was the aforementioned Cognac Grand Champagne from 1820, which you’ll have noticed I’ve saved till last. The two bottles presented by Nicolas Jammet, a very patient and well-informed independent wine and spirits consultant who works with Grosperrin, had previously been displayed in an actual museum.* Apparently the company who originally distilled the Cognac went bust sometime around the end of WWI, when all their assets were sold off, including this then-century-old Cognac. I have no idea through what channels Grosperrin got their hands on them. As an example of extreme long-term bottle variation, the two bottles had reduced at different rates, with one possessing, in December of 2010, an alcoholic degree of 40%, the other 42%. 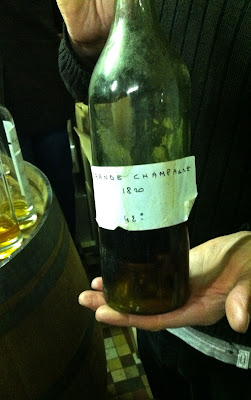 What’s there to say? Swishing and spitting and judging seems the wrong approach to such a relic. In 1820, the Missourri Compromise became law, establishing slavery, and James Monroe was elected President. The idea of receiving an impression, however hazy or gnomic, from a distant era: this is probably the greatest remaining argument for the necessity of Cognac and Armagnac. It can be a kind of gustatory archaeology. As facile as it sounds, both bottles tasted a lot like antique shops. The 42% predictably showed more structure, the greater alcoholic strength seeming to haul the flavors of ancient sofa-stuffing, bookbinding, worn leather, and amontillado that much further down the palate, into the realm of memory.

*You’ll forgive me if I forget which one. We had been sipping brandy from throughout the 20th century all morning.